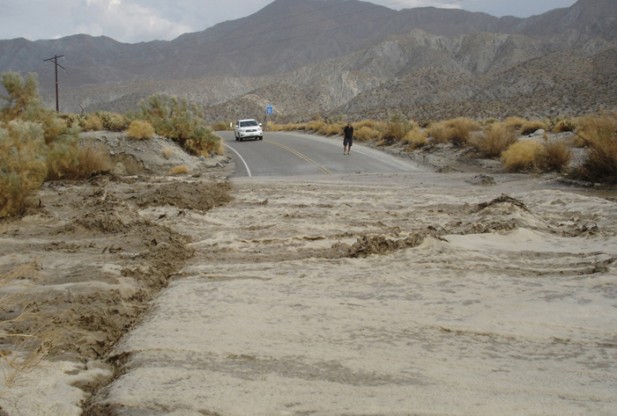 Existing GPS technologies have been enhanced by scientists at NASA’s Jet Propulsion Laboratory (JPL) and Scripps Institution of Oceanography at UC San Diego to develop new systems for California and elsewhere to provide warning of hazards such as earthquakes, tsunamis and extreme weather events.

Other real-world systems are integrating the new technology as well. For example, it is being used to make damage assessments for hospitals, bridges and other critical infrastructure that can be used in real time by emergency personnel, decision makers and first responders to help mitigate threats to public safety.

The primary goal for hospitals is to shut down elevators automatically and send alerts to operating room personnel in the event of, for example, an earthquake early warning. The earthquake early warning system is particularly effective during large events. The system could be used to detect changes in the structure of bridges due to earthquakes, wind shear and traffic loads, as well.

The implications and possible applications of the new technology were discussed by scientists from JPL and Scripps at the American Geophysical Union meeting this past week.

“These advancements in monitoring are being applied to public safety threats, from tall buildings and bridges to hospitals in regions of risk for natural hazards,” said Yehuda Bock of Scripps Institution of Oceanography. “Meaningful warnings can save lives when issued within one to two minutes of a destructive earthquake, several tens of minutes for tsunamis, possibly an hour or more for flash floods, and several days or more for extreme winter storms.”

An optimal combination of GPS, accelerometer, pressure and temperature data is the basis for the new technology. This data is collected in real time at many locations throughout Southern California and on large engineered structures—like tall buildings, hospitals and bridges—for focused studies of health and damage. The technology returns data products such as accurate measurements of permanent motions (displacements) of ground stations and instruments deployed on structures, which form the basis for early detection of sustained damage; and measurements of precipitable water in the lower atmosphere, a determining factor in short-term weather forecasting. The combination of sensors significantly improves current seismic and meteorological practices.

“These water vapor measurements are currently being used to help forecasters better monitor developing weather during periods between satellite overpasses and weather balloon launches,” said research scientist Angelyn Moore of JPL. “Our project is upgrading GPS ground stations to get these data to forecasters in minutes to seconds to help them better understand whether summer monsoonal moisture is likely to cause harmful flash flooding.”

“Having such detailed and timely information on how much moisture is available helps us better understand and forecast our extreme winter storms fueled by what are known as atmospheric rivers. It can also help us better pinpoint and anticipate thunderstorms capable of producing flash flooding.” Weather forecasters in Southern California are moving from periodic updates of moisture content once every 30 minutes to continuous updates. Balloon launches, from four locations, occur only twice a day.

According to Bock, the technology improves earthquake early warning by analyzing the very first moments of an earthquake in real time to characterize the more violent shaking that will follow. It is possible to predict the arrival of slower-traveling seismic “S” (secondary) waves that cause the most intense shaking by detecting the initial arrival of seismic ‘P’ (primary) waves, which travel through Earth the fastest, at the upgraded GPS stations.

Depending on distance from the earthquake’s epicenter, the warning time can range between several seconds to as long as two minutes. Critical fault parameters, such as earthquake magnitude, can be rapidly and accurately determined to generate ground intensity maps throughout the affected region, and form the basis of tsunami warnings.

The scientists are planning to integrate the technology into earthquake and tsunami early warnings and structural monitoring for the San Diego County Office of Emergency Service. Other institutions are examining the applications of the technology as well, such as hospital monitoring and early warnings for UC San Diego Medical Center in Hillcrest; monitoring of the Vincent Thomas Bridge in Long Beach for Caltrans; and forecasts of storms and flooding for NOAA’s weather forecasting offices in San Diego and Los Angeles.